The following is a gallery of Horwich related tickets. Unless stated otherwise, all tickets are from the author's collection. 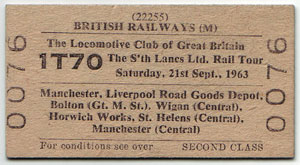 A ticket for the 1T70 South Lancs railtour on 21st Sept 1963, a couple of years before the station closed. It is interesting to note that all the stations listed on the ticket are now closed. There is a photograph of this special railtour at Horwich Station on Adrian Bradshaw's Blackrod site, and another on the Disused Stations site when the special visited St.Helens. 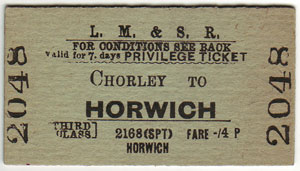 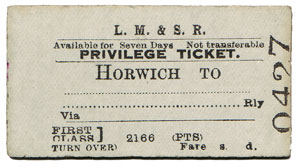 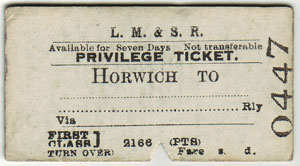 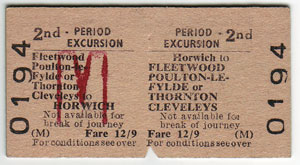 A second class excursion ticket from Horwich to the Fylde Coast, no doubt used during one of the 'Wakes Weeks' holidays. 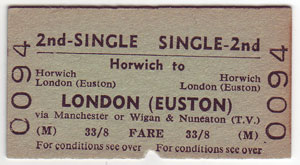 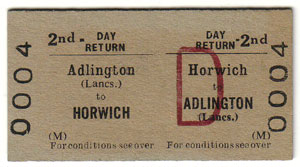 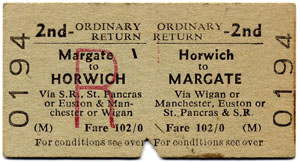 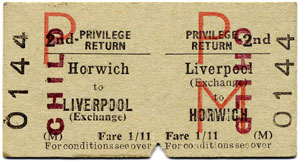 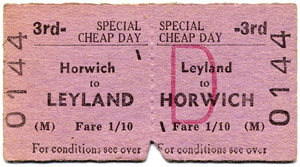 A third class privilege return from Horwich to Fleetwood - undated.